Samir just did an interesting post. Since it's on laughter, and since everybody laughs, and since the economy is in such a state, and since the news is all doom and gloom every day, I thought I'd ride on his coattails (which are strung behind the A.V. Club's coattails, mind you). This might snowball into a MySpace/Facebook/Twitter-type meme, but so be it.

To start: This is not one of the things that always makes me laugh, but I thought it to be an apt introduction.

1) The Big Lebowski
Both lists that inspired this post focused mainly on comedians and moments in television. But I can't rightfully talk about humor without mentioning the Coen Brothers' crowning comedic achievement, The Big Lebowski. It's the movie that I can quote the most (and that I do quote the most in day-to-day life), and I rarely turn down an opportunity to see it. I've seen it in a movie theater, in a bar (for an event hosted around it), and in countless homes, on countless television sets. I even chatted to David Bazan about it after a concert (he said that he watches it about once a month).

I own it both on DVD and VHS, but have yet to sit through the full edited version for TV (...someday...). So I'll give you a taste of the TBL comedy in a clip from the TV version that, perhaps, makes the movie even funnier.

A Stranger In The Alps

(If you haven't seen it, ask me what the phrase in the movie really is... or better yet, go out and see it!)


2) Calvin & Hobbes
I've been reading these comic strips since about the fourth grade. As I get older, I revisit them often, still laughing out loud maybe once every 20 or so strips. I also tend to notice bigger words that I didn't understand when I was younger. Bill Watterson is a genius: philosopher, cultural critic, cartoonist, comedian.

3) Mitch Hedberg
I had the distinct pleasure of seeing funnyman Mitch Hedberg at Florida State before his premature death. I can't believe it's already been four years. The other night, Jess and I were sitting around at home on a rainy weekend night. We sat blankly at the computer, wondering what funny things we could find. Suddenly it came to me: Mitch! Look up Mitch Hedberg! A quick YouTube search brings up endless entertainment. Here's a pretty good clip:


(I think of Mitch every single time I come across across an escalator. Even when it's working fine.)


4) Jim Gaffigan
I also had the distinct pleasure of seeing Jim Gaffigan live. Again, it was at FSU. His unique quirk is to perfectly mock himself in a higher voice. He'll be rambling on about Waffle House, or manatees, and then he'll cut through with a higher voice: "Hey! That's insensitive! What if there were manatees in the audience!" It's a gimmick, yes, but it works every time, and I haven't seen another comedian do anything like it.

5) Dane Cook
I have yet to see Mr. Cook live, and I loathe the movies he's in. But his Retaliation album is always good for a quick laugh. Vicious Circle, his old stand-up special, also keeps the laughs coming, even after a dozen viewings. I usually stop to watch it when I see it's on TV again.


7) Apatow et al.
And, rounding out my top 7 (leave me alone, I'm getting tired) is the rash of movies inspired by Judd Apatow. Although they may have had lesser known achievements before this, The 40-Year-Old Virgin was like the Wu-Tang Clan's first album. It collected all these comedians and then launched their careers. (Again, you could debate about what all these guys were doing beforehand, but you won't really convince me, because I wasn't hip enough to know about them before this movie.)

I must say that I thought Virgin was going to be a dumb movie from the looks of the trailer. But I went to see it anyway, and I was pleasantly proved wrong. Follow-ups like Superbad, Role Models, and I Love You, Man have given me hope after the string of American Pie-type stuff that I never really got into.

A Tip of the Hat to myself tonight for helping out my buddy. Here was the "sitch":

My friend was receiving strange emails about strange things from someone who would not reveal themselves (I rigidly avoided the PC "him- or herself" as well as the practical but now "misogynistic" masculine default "himself" to bring you the stuffy tail-end of the predicate to that sentence -- I hope you enjoyed it). The "anonymous" emailer (which reminded me of the #9 reply to my Psychological Experiment Number One for reasons that will soon become clear to you, my faithful readers) obviously knew my friend's email address and my friend's name, so something was fishy.

The details of these emails were personal in nature, and are not the focus of this post. My friend asked for my help in trying to track down the location from where the emails were sent. I knew it was fairly easy to find out, but I'd never done it before and didn't really know where to start. A quick Google search started me down the right avenue, and soon I realized I would need the header information on the original emails to get further.

An email header is like an envelope for an email (read the Wiki link there for more info on that). I got my friend to send me the header info of the email, and then, instead of reading through long, boring guides on how to track emails (I knew I was close), I simply sent myself an email (I coincidentally have the same email service as where the email originated and went to), found out my own IP address, looked to see where my IP address showed up in the header for my own email (there are a lot of numbers in email headers!), and then looked in that location at the "anonymous" emails' headers to find out where these emails were coming from. (It turned out to be somewhere in Tennessee that rang a bell for my friend.)

Strangely enough, the hardest part was finding out how to uncover the headers in some email programs. So, to sum it up, and to help out if you need to do this:

Here's a guide to displaying headers within different email services

And since I like to teach people how to fish: try looking in your own email headers for your IP address, and then you can start finding out where all those chain emails of a dog licking glass at work originated (...maybe?). (Hint: The pertinent IP address will be next to a "Received:" and will probably be close to a "HTTP" if you use a web-based email client.)

So, there you go. A needlessly long anecdote ending in a slightly obscure and confusing way for people to go about learning how to check email headers. Sounds like what I do at work every day.
Posted by Justin DLC at 10:55 PM No comments:

Return of the blog!

It's been a while since I've done an earnest blog post. I know it's not because of a shortage of ideas. So I will chug out a quick, earnest, old-school blog post about stuff that's been going on in my life recently.

My most recent artistic and intellectual achievement is Sketch Comics, a comic blog that I started (on Wordpress... sorry Blogger, I just wanted a change of pace...) after finding Sketchory.com, a website that shares thousands of sketches, which are free to use and distribute under the Creative Commons license. I'd always wanted to start a comic strip (one time, years ago, I wrote out about two dozen strip ideas) but never had the inclination/inspiration to start drawing. Sketchory, I've found, is a great source for putting together quick comics that look halfway decent. (I use the GIMP for all the comics... I'm still learning all the nuts and bolts of it.) Feel free to steal my idea and outdo my comic wit. Or send me your comic strip ideas and I might feature them.

Outside of that, I've been keeping busy with the usual outlets: playing in bands, listening to music, writing music reviews, reading, eating.

I think the reason I don't do as many blog posts anymore is because my work time is usually spent in the Facebook / Google Reader / GMail / Twitter realms, and all the microblogging and micro-social managing and micro-commenting has put a real cramp in my blog posts. Because I go through a lot of great ideas and jokes in small doses throughout the day. And I don't usually like repeating them. (And outside of my work time, I have class time. Outside of that, I try to relax and not touch a computer too much...)

But I will try to make an effort to post a thoughtful or prideful thing here every once and a while... if only to try and prove that one smug Wired article wrong.
Posted by Justin DLC at 11:09 PM No comments:

Way Ahead of You, Ad. 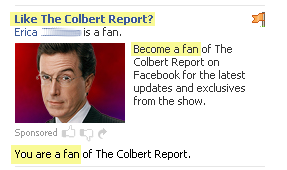 Posted by Justin DLC at 3:02 PM No comments:

A Day In The Life.

7:11-7:25 a.m. Breakfast. Cereal, juice, or nothing. Peanut Butter Crunch, Strawberry Fields, or miscellaneous. Bought pancake mix so I could use it one time only.

7:26-7:35 a.m. Dress. Select one from a drawer-full/closet-full/hamper-full of wrinkly shirts. Collect one pair of pants from ground or drawer. Cross fingers for clean socks.

4:25 p.m. Realize that a blog post you've been ruminating about all day is going nowhere fast. This shit just ain't funny. Abandon ship in an artful, last-ditch attempt at humor. FML.
Posted by Justin DLC at 9:04 AM No comments:

Guess What Job This Man Has.

I get up just after 7 except on the weekends and holidays when it is possible to sleep in. I eat some granola and go to my workplace where I tutor high school-leaving candidates, one-on-one, though sometimes I have to deal with up to four at a time, around my desk, and talk with fellow tutors and other convivial people. I lunch around 11 with friends from education, work on e-mails, play the piano for 30 to 60 minutes, return to my tutoring tasks by 1, return to my unit at 3, deal with more e-mails, rest from 4 to 6, eat dinner in the unit then, and go for a walk in the compound or recreation yard for a couple of hours, drinking coffee well-made by Colombian fellow-residents, and come back into the residence about 8:30, deal with e-mails and whatever, have my shower etc., around midnight, read until 1-1:30 a.m. and go to sleep. On the weekends it is pretty open.

Source: The daily life of Conrad
Posted by Justin DLC at 4:27 PM 1 comment:

Most Disappointing URLs Or Redirected URLs I Thought To Search For Today. 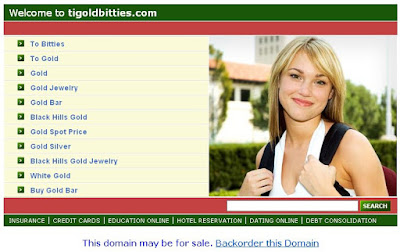 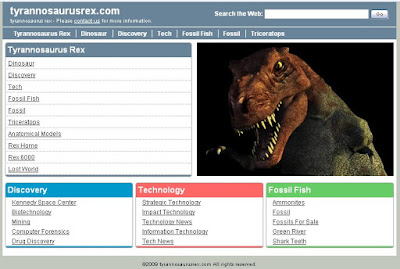 Actually, I didn't just think of that last one (but I did just think of all those others). I searched for "longest domain name," and this is a particularly funny one, if only for the sole link it provides on the page.
Posted by Justin DLC at 3:58 PM No comments: