Q. I've heard most foreign films playing in French, German, Spanish and Italian-speaking countries are dubbed into the local language rather than subtitled. Is this true? I'm thinking about moving to Spain. Dubbing is such a crude, destructive practice, it's hard to believe it's routinely employed in supposedly sophisticated Europe. Are great performances in great films being obliterated by second-rate local actors? Can it be that the distinctive voices of Katharine Hepburn, John Wayne, Sean Connery, Rosie Perez and Steve Buscemi are unknown to European audiences who think these iconic actors sound just like the grocery clerk down the street?
Rich Gruber, New York City

A. Quite so. In cities such as Paris, the original version ("V.O.") will play, but elsewhere in a country, it's dubbed all the way. I think it might have been Peter Bogdanovich who told me his John Wayne impression fell flat at a dinner party in Rome because no one at the table knew what John Wayne sounded like.

Just a couple of days ago, I had this exact thought: Friends lists for Twitter so you can organize your damn feeds, instead of getting just one monster blob of a feed. You can probably do through another website or software, but I thought Twitter was a bit of a fool not to introduce the tool on its own. But now...

Posted by Justin DLC at 3:12 PM No comments: 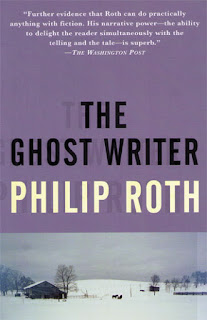 I've only read one other Roth book before --- his take on the medieval play Everyman. I found both novels to be highly accessible, compellingly written, but not really groundbreaking or original or, in the end, all that entertaining. The Ghost Writer is about a young man breaking into his career field as a writer. He talks to an older writer/father figure, and he deals with his family's reception of his work and other things. Then there's a fairly strange turn about three-quarters through. I read it as an assigned reading for my Postmodern Literature class, and I think it was included as "Postmodern" for its alternative take on history, and, to a lesser extent, its uneasy construction, which slips fluidly into flashbacks and is fairly malleable in terms of its timeline (though it ends up being linear in the end). [Geez, what's with all that alliteration in that last sentence?]

Reading Now: Dalton Trumbo's Johnny Got His Gun, an anti-war novel from the '30s that shouldn't really be reduced to a description like that. From the first few chapters, it's been pretty impressive in its style. Trumbo uses a nearly punctuation-less prose that is effective, although I would never consider writing that way. Good to see stuff like that sometimes. So far, the narrator's reminiscing on his childhood before he made his way to war, but as the book progresses he realizes he was extremely wounded during the war and is now laying helpless in a hospital somewhere. He's got a strong voice, kind of like Holden Caulfield, but definitely not as snarky. I did find Johnny in the "Teen" section of my local library, but I think it's one of those books (like All Quiet on the Western Front) that can appeal to younger and older readers. Listening to: Tokyo Police Club's Elephant Shell after grabbing their EP A Lesson In Crime off my shelf over the weekend. But it's feeling like it's going to be a very Morrissey Monday Morning.
Posted by Justin DLC at 8:43 AM No comments:

Student 1: I successfully contested a $250 parking ticket for a handicapped spot by making a photo montage of the scene [various painstaking descriptions followed]... The review board asked me if I was a law student. I was flattered by that.

Student 2: You were flattered by that?

Student 3 (who obviously had previous knowledge of Student 1 and the reported incident): [To Student 1] Yeah. I really wish they hadn't let you get away with that.

[In S1's defense, his citation did seem unfair. There was no handicapped sign, and the markings on the street were covered over by debris from a nearby construction site. I just LOLed at S2's comment, so I thought I would share. Posting here takes out the inflections and timing involved in the delivery this exchange, but nonetheless...]
Posted by Justin DLC at 12:44 PM No comments:

Nearly every day, I see weird news stories online. During college, I was reading Fark. Now Facebook, Google Reader, and Twitter provide pretty much all I can take.

But I was thinking about a couple past internet news sensations and where they might be today. Honestly, I thought both would be dead.

The first is the man who has eaten a Big Mac every day since 1972. He's still alive.

And he keeps a few Big Macs in his freezer just in case another snow storm comes through and closes McDonald's. And he hasn't cut his hair in 20 years.

The second person I checked on was the guy who for 20 years drank only Pepsi. Meaning, the only liquid he consumed was Pepsi. He's still alive.

But he quit. Well, he still drinks Pepsi. But he drinks other things now, too. (See the note at the bottom of the site.)

On Friday, October 09, 2009 at about 4:20am, an FSU student reported he was robbed between Smith Hall and Kellum Hall on the FSU campus by three males. The student was walking home between Kellum Hall and Smith Hall and he felt a gun pointed to the back of his head. He then struck the forearm of the male holding the gun. The gun fell to the ground and it was then picked up by a second male. The second male then pointed the gun at his face and told to give him all of his money. After refusing to give the male the money, he hit the gun to the ground again and began to run. The suspects fled the area. He did not see their direction of travel. The report was delayed to police approximately 30 minutes and no suspects could be located in the area. The victim was not physically injured.
Posted by Justin DLC at 3:59 PM 1 comment:

YouTube now allows you to change the size of the video player on its sites. 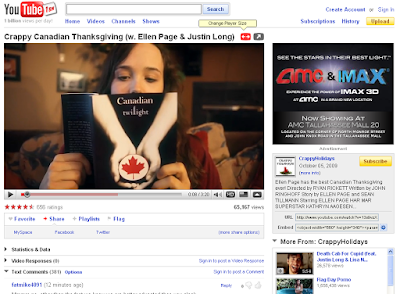 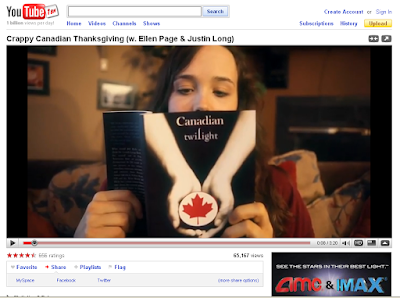 It looks so much better this way. I assume it's because a lot people are watching more YouTube on bigger screens or on a screen they use for both their TV and computer needs.
Posted by Justin DLC at 1:38 PM No comments:

Seriously, who put these things on the front of books? 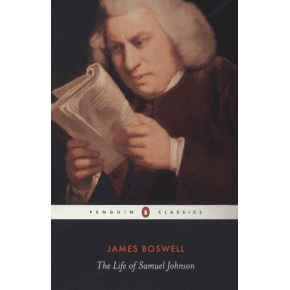 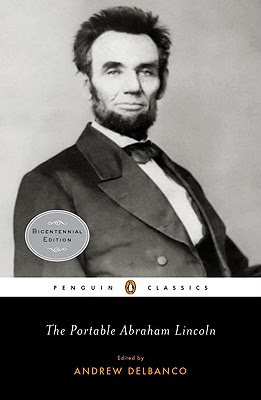 It looks like Samuel's on the JOHN(son) and Lincoln's high school yearbook picture.
Posted by Justin DLC at 12:51 PM 1 comment: