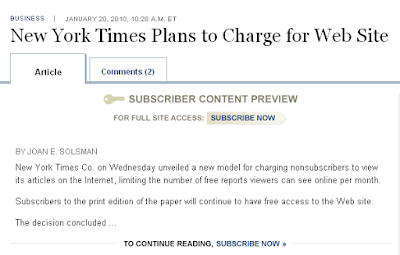 So I'm still on the email list for "Global Pathways," the international studies program at FSU, from that one time I thought I'd like to study overseas. (I'd still like to. I just never pursued it.)

I usually just delete these emails, but one part of this last one really stood out to me.

Hmm. What to teach of American culture at Wal-Mart? I think the first lesson would be about the corner where all the homeless people stand with signs... (Or maybe the "Taco Bell Diet," since there's a TB in the front of the parking lot...)
Posted by Justin DLC at 10:02 AM 1 comment:

Posted by Justin DLC at 9:43 PM No comments:

I'm currently reading a collection of essays entitled The Psychology of Nuclear Conflict. It's part of a recent endeavor of mine to investigate aspects of nuclear war, especially the phenomenon known as nuclear winter.

I'm only on the first essay in this collection, but I've found it to be very enlightening. I'm usually against theories involving guesses as to why we evolved a certain way, but this first essay (Anthony Stevens' "The Archetypes of War") is discussing some Carl Jung and some other things about warfare being in the biology of humans.

Before this, I read Nuclear Winter: The Evidence and the Risks, a book (riddled with typos, by the way — but maybe it was just because I had a library edition) from the UK that sets out some of the early evidence for the possibility of nuclear winter (which was first conceived in 1982 after scientists realized they had been overlooking the theoretical impact of the smoke from nuclear weapons). It was a pretty informative book — very simple and easy to understand. But, naturally, much of it was speculative, since, as they pointed out, the only way to really know what would happen would be to actually experience a nuclear war of enough magnitude to trigger a nuclear winter. (When the book was published in 1985, there were more than 10 times the amount of nuclear weapons in the world it would take to theoretically trigger a nuclear winter.) But the implications of a nuclear war and possible nuclear winter (especially the implication that the end of mankind cannot be ruled out) are staggering. Even if a "minimal" nuclear exchange could have devastating effects on the atmosphere, global climate, flora and fauna, and on mankind.

Food for thought, since I don't see think these topics are being stressed nowadays. (I think my interest of this subject matter arose from a Wired article I read a few months ago.)
Posted by Justin DLC at 2:42 PM No comments:

In one of the best work moments of the new year, a professor came in and dropped off two bags of old CDs he was looking to get rid of. I took a quick look and sorted out some stuff for myself:

I mean, I'm not really super excited about this stuff (except The Refreshments), but it's always good to get free stuff... right?
Posted by Justin DLC at 12:56 PM No comments: 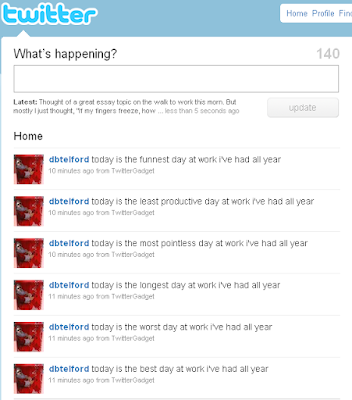 It's one of the oldest jokes in the book, but it still got me. (You can click on the pic to read it bigger-like.)
Posted by Justin DLC at 8:34 AM No comments: